What's on your mind?

While, the show did not end of a cliffhanger or to be continued, that was good ambiguous ending.

But if the show would had continued for Season 3. Does anyone have any thoughts?

While, fully aware, some would disagree with the direction of the Show Adaptation. We can not have everything, but we can now and then have something.

I was angry when Denna was killed just as she was trying to change... 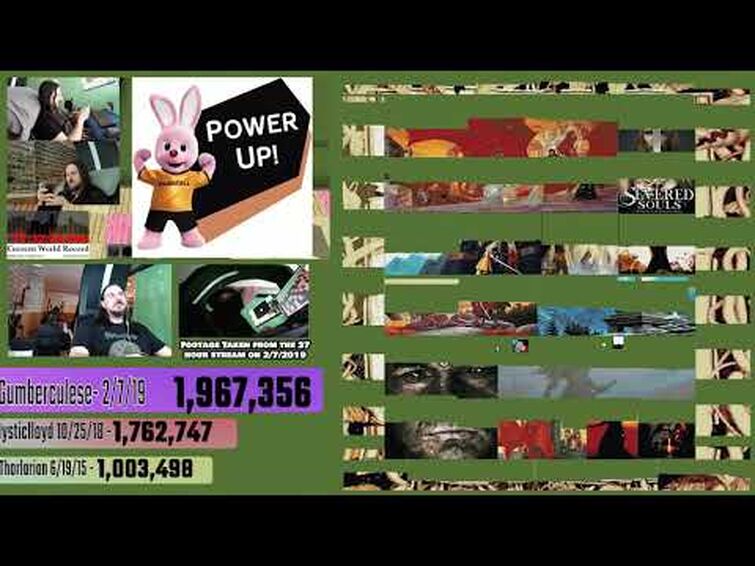 I am a Collaborative Dreamer and have found this image repeatedly.

My dreams are HIGHLY subliminal, and sometimes puny.

If I decipher them using my own vocabulary, I find them VERY useful in "real" life.

I have SCOURED the internet and can't find a lead that rings my chimes.

I ALSO remember one character who employs subliminals to "activate" sword powers.

Does this make ANY sense? 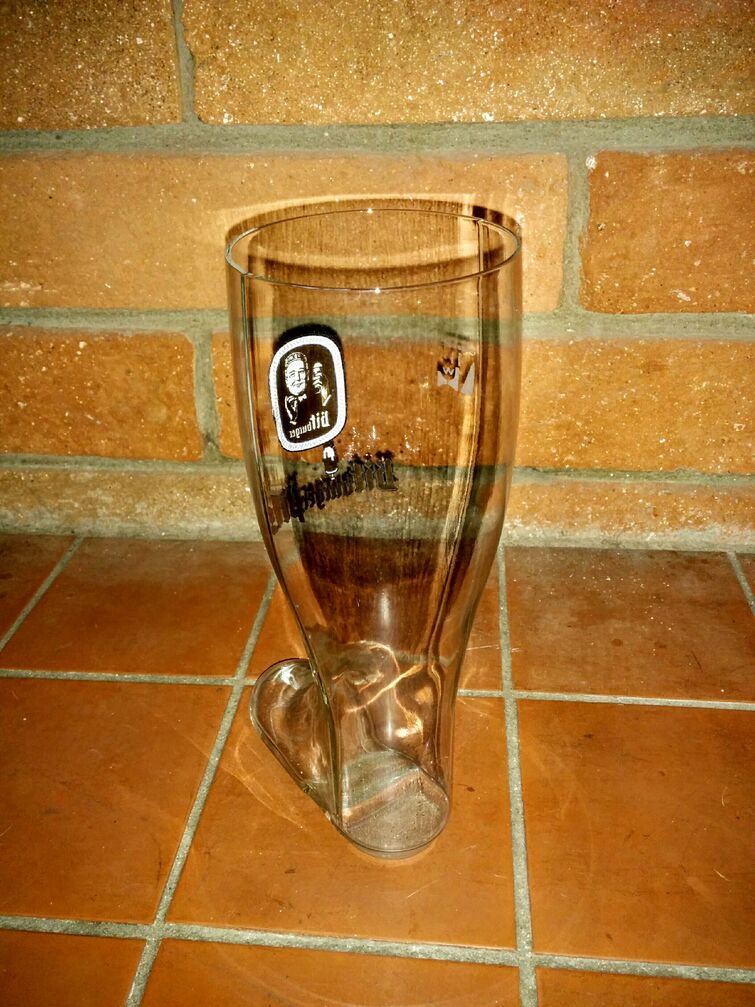 How did the half people get through the inner doors of the People's Palace?
(edited by A Fandom user)

Someone asked this in the "General Discussion" board but it was never answered so I'm going to ask this here.

Does anyone have any maps (official or homedrawn) of the Valley of the Lost or the Old World?  What is between the Old and the New World? Ocean? How wide? What would stop somebody from crossing this Ocean via boat/ship?  Did the barrier expand out?

Also, the same question for the other two boundaries in the New World.  Did the boundaries expand out into the ocean a ways? It seems like this was answered in the books but I can't quite remember what was said.  Can anyone help me?

I'm thinking of creating a D&D Campaign in this world and any suggestions would be awesome.

Ever Imagine... what if the wars nowadays uses swords, daggers, knives like in wiki unlike.. cyberwars, nuclearwars etc :D

(edited by Usherr)
What is the term used for the tree well rest stops that richard and others would use sometimes.? I'm away from my books atm and cant seem to remember what that term was. anyone remember?
(edited by A Fandom user)

How was Magda Searus able to travel in the Sliph to take Baraccus’s book to his secret library(Phantom, ch. 35) if she was ungifted(The First Confessor, ch. 1) and wasn’t made into a confessor until much later?

How is Vika alive at the end of warheart? Kahlan used her confessr power on her and she was dying last thing we heard. Then bam she's standing in front of Richard, what did i sleep read through some of it or something?

Hey. So I just finished Wizard's First Rule and overall I found it entertaining but there were some things I just did not understand. There was a good portion of the book (80 pages??) where Richard gets captured by the Mord Sith Denna, with some extremely twisted torture and rape described in almost pornographic detail which was frankly difficult to read through.

Most of the time when i read books and they have extreme scenes like this it is to serva a purpose. In this book however, i felt like it was pointless. Why does Terry Goodkind feel the need to put us through chapters of endless torture?

If an unpleasant idea is presented over and over and its effects on the characters are profound, I'll buy that the author's exploring a theme. But if it's presented over and over and there are never real repercussions (or in the case of forced kidnappingm torture, and prolonged sexual abuse, intense psychological trauma), it comes off as a sort of fetish. Now I'm not saying Goodkind's a rapist or enjoys torture or anything like that, but I do think in this case we can learn a lot about the author's personal tastes from what he's chosen write.

As I said, I really liked the book - the characters and this fantasy universe is amazing and deeply interesting, and for that reason, I'm very dissapointed that the whole SM/torture thing threw me off as much as it did. (I'm afraid that it's especially the sexual undertones that threw me off?) Consequently, I've gone from completely hooked to having almost no desire or interest in reading on.

I don't want to feel like that. I feel these books have great potential - I want to like them, I do like them. Just not the Denna torture-part. Unfortunately, it left such a bad taste in my mouth, that it warped my view of the whole thing.

So I'm begging of you guys: Please, can you help me change my opinion? The last 200 pages (from Denna and the torture was introduced) I read rather lightly. I will very likely have missed the points or subtext of all this. Please help me understand and appreciate these scenes, if possible.

So I’m sure, if you come to Wikia/Fandom often, that you’ve noticed that the headers have changed. Unfortunately, the default golden color clashes with the wordmark, & so for now I’ve set it to black. I honestly don’t know what looks good aesthetically, so if anyone had any suggestions for what color the header should be, or if they’d like to make a new wordmark or header graphic, I’d be interested to see them!

This place needs an Administrator. I’ve been here for a bit, & I plan on becoming more active in the future, but I’ve noticed that the last two Admins are inactive. I’d like to adopt this Wiki so that it can be under some form of management & protected from vandals. I’m open to adopting the Wiki with a partner if anyone is interested, or to promoting more dedicated users to Admin down the line. I spend a great deal of time on Wikia, so even if I’m not the most active here, I will always be responsive & able in my management of this Wiki, nor am I likely to go inactive.

I’m not 100% certain I will follow through on adopting this Wiki due to the many other Wikis I already run, but if you’ll have me, I’d like to be a Bureaucrat here. I will not abandon this Wiki if I can help it, & I will run it as expertly as I run all the others. So, what do you say?

His death just really pisses me off. Warren, the 180 something year old Wizard who was in the process of being trained by First Wizard Zorander himself, dies of a knife wound? A freaking KNIFE WOUND? And yet he was with Sisters immediately, so why couldn’t they simply heal such a minor wound like with everyone else? Why couldn’t Zedd? He only said “it’s beyond my power to heal,” well freaking why? Just a few paragraphs before Kahlan talked about how the Gifted could heal gut wounds, GUT WOUNDS, so long as they got to the injured person fast enough. A full on lance in the gut would not phase them at all so long as they got there in time to stop the bleeding, meaning the only time the Gifted failed was when the injured bled out before Gifted could heal them. Warren had Sisters with him the moment he went down, & was alive for who knows how long before Kahlan & Verna got there, but nooooo, “it’s beyond my power to heal.”

That is the most bullshit way to kill a character if you ask me, especially a Wizard. I dislike that magic & its power are so ill-defined, it allows Goodkind to just rip the rug out from under you all the time in a lazy fashion, rather than work within existing parameters like Christopher Paolini could & did. Authors like Paolini & Jim Butcher use clear cut magical systems that actually flow with the series, with just enough open-endedness to be able to expand into new phenomena while still maintaining a viable, logical magical system with clearly or at least semi-clearly defined rules to prevent bullshittery, but Goodkind uses it as his go-to cop-out just to shove the story along.

Now, it’s usually a great story mind you, if a bit deadpan with the constant Randian “muh free market” diatribe, but it’s good. He shouldn’t have to use inconsistent magic to drag it along like a dead horse. For example, one moment magic can, in a couple minutes or less; bring down a 3,000 year old barrier, bind two women irrevocably together as if they were mother & daughter regardless of distance, or even heal someone’s broken spine, but then in the next moment it is completely powerless to stop a simple knife attack, & can’t even heal that up even with expert sorceress healers as the first responders & the First Wizard himself as the doctor, but by god the victim can still lie there in agony just long enough before dying to deliver the “fateful last words of advice.” It’s corny & it’s incredibly obvious that it’s a cop-out.

Ugh. I’m not even that sorry that he died. Warren was awesome, & sometimes it is a pointed means of expressing the danger or gravity of a situation by killing an important or loved character, but to have him die in so stupid a fashion for “muh plot thickener” just grates my nerves.

The other day I came across a French website saying that Terry was going to publish a new book next January and that it was going to be about Nicci. I didn't believe it at first, but then I found it on Goodreads and Amazon. Here is the link: https://www.goodreads.com/book/show/29939366-death-s-mistress

Terry hasn't said anything yet, so I don't know what to believe. Any thoughts?

(edited by A Fandom user)

I am only on book 3, and am enjoying the series so far. I am curious as to the origin and meaning of Zed's frequent epithet "Bags!"

Any ideas? Will I learn more later in the series?

(edited by A Fandom user)
Guidelines