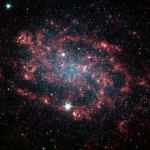 Hello, I am PatPeter. I do not edit any of the Wikimedia projects on a regular basis, only minor edits to Wikipedia.

I founded the MediaWiki Support Team, but the administration shut down the Support Team shortly after I went on hiatus.

On 2008 May 15, I became admin on the Chex Quest Wiki for my contributions to category and image organization.

Soon after on 2008 June 3, I became admin on Wikia Gaming for my contributions in easing the merge from GameInfo and CheatBase to Wikia.

On 2012 April 3, I applied for adoption of the Enchanted Forest Chronicles Wiki and on 2012 April 10 I adopted it, afterwards renaming it to the Patricia C. Wrede Wiki.

Retrieved from "https://sot.fandom.com/wiki/User:PatPeter?oldid=15962"
Community content is available under CC-BY-SA unless otherwise noted.